The woman who froze her placenta 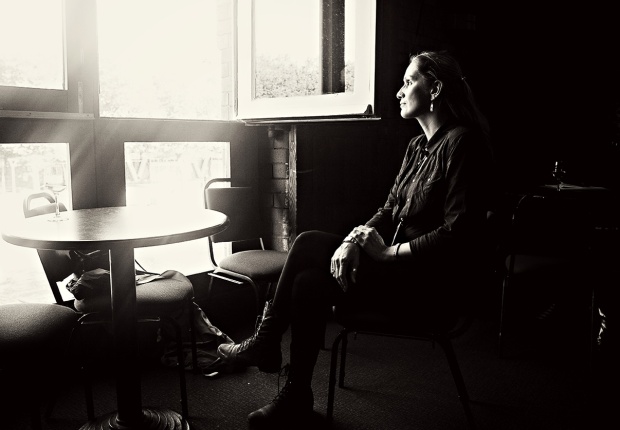 On Thursday, the festival offered us ‘Global voices’, five films by filmmakers from five of the Commonwealth countries (Canada, Kenya, New Zealand, the Bahamas and Barbados). The event was an opportunity to talk about the issues affecting their communities.

The most striking film of the program, PLACEnta, is a documentary by Jules Koostachin, a Cree from Attawapiskat First Nation, an indigenous reserve in northern Ontario.

To preserve an Indian tradition, the artist chose to keep her placenta after giving birth to her twins. Being an organ formed especially to feed and protect your baby, the placenta is considered sacred by the Cree, and has to be honoured during a special ceremony.

The thing is, Jules was not sure how she should proceed, so she decided to put her placenta in a plastic tub, in the freezer. Six years ago.

The film is a journey to try and find the right place for the ceremony to happen. After years asking her mother what she knew about the ritual, Jules finally got an answer – you have to wrap the placenta in a piece of cloth and hang it to tree.

In the film, the twins are now cute little boys, and discover the treasure their mother has kept in the basement. ‘Nasty!’ is their natural reaction, but you can feel they are impressed. The spectator, both bewildered and amused in the first place, then takes an active interest in Jules Koostachin’s universal quest: finding where you come from to understand who you are.

The Cree are one of the largest groups of Native Americans. The Assimilation Act signed in 1887 aimed to assimilate them into Canadian society. ‘Kill the Indian to save the child’ was the authorities’ motto, and their reason for sending hundreds of children in residential schools, miles away from their family and traditions. There, kids were beaten for speaking their language, forced to carry out hard labour, and sometimes worse. This cultural genocide lasted for decades – the last school was closed in 1996. Jules’ mother went to one of these schools.  At the age of 5, she underwent the trauma of being cut from her origins, and still suffers from it. To stop the trauma from repeating itself, the filmmaker decided to talk about it. Humour and subtlety are her best weapons to convey the message.

The film is not a History lesson, nor it is a vindictive complaint. This is just the story of a woman who thinks it is normal to respect your body as you should respect Mother Earth. Rather than letting her placenta be used by the make-up industry, she took it home, and is now searching for the perfect tree to offer her children an eternal connection to nature. What might sound like odd mysticism just makes perfect sense when you listen to Jules, whose work reminds us that “we all come from the land”. Her words have helped heal her mother’s wounds (though her mother still wonders what on earth her daughter is doing). Her act of resistance – traditional rituals were criminalized for years – is a way to reaffirm that there were people living on the ‘New Continent” before “Christopher Columbus was discovered lost at sea”.

Anyone will be moved by Jules Koostachin’s courageous and vital fight for recognition and respect for her culture. Yet she never takes herself too seriously, as you can see in her TV series AskiBoyz, in which she films her teenage sons following in the footsteps of their ancestors, and laughs at their inability to live in the wild!

*Thanks a lot to Jules Koostachin for her time and inspiring words.

← Future Encounters: The Pick of the Fest
Inside Encounters #2- Editorial →

4 thoughts on “The woman who froze her placenta”